Ski resorts and marketing: how to entertain the winter vacationers? 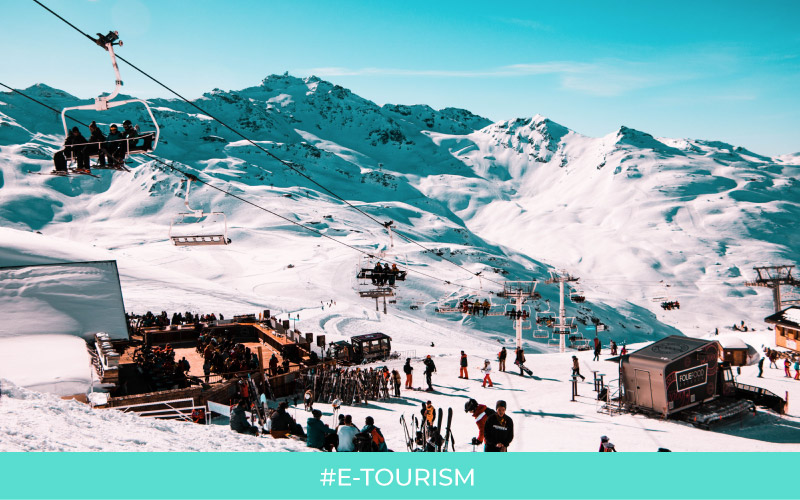 Ski resorts have beautiful mountainous landscapes and fresh air at altitude. Thanks to these strong basics, they have perfectly succeeded in developing many outdoor activities — hiking, horse-riding, mountain biking, aerial sports, treetop adventure courses, rock climbing, canyoning, luge — in order to get their fill apart from the winter sports season.

Nevertheless, owing to global warming, the weather and the snow cover are now terribly changeable, threatening the daily practice of winter sports in season, often alone on the bill. That can make the members sulk! However, there is no way to undergo this fatality, since the winter vacationers’ arrival is critical for the economic activity of many players in resort: hoteliers, shopkeepers, restaurant owners, rental companies and seasonal workers. It is therefore important to innovate in terms of offers, by offering indoor alternatives, not only to reach skiers that cannot hurtle down the ski trail but also new target audiences.

Ski resorts and marketing: 3 innovative ideas to be considered to reach and entertain winter vacationers!

Admittedly, some resorts already have relied on offers such as SPA or fitness class. But the target remains too tight, when it is now imperative to reach the biggest number of people, especially families and groups of friends.

What is it? It is a very trendy entertainment, accessible to everyone. The participants, 2 to 8 on average, are locked in a room where they have to get out in less than an hour, solving enigmas with the help of hidden clues. The game always has its history — the players are often journalists, spies or detectives, and the enigmas are encompassed in a precise context, historical or fictional. Families and groups of friends LOVE it!

Tests in ski resorts: just a year ago, Crots le Draye (ski resort in the Alps) opened the first escape room in resort in an old mail station, called the cogitarium. In Chamonix, the luxurious 4-stars hotel, Le Refuge des Aiglons, created its own escape game for its customers, in partnership with La Grande Evasion (The Great Escape), Chambery escape game player. Finally, Val-Thorens also adopted the concept, but only in summer. The rule is to escape from a ski lift cabin suspended in the air.

What is it? It is a physical activity in which the participants, dressed in a suit or a harness with captors, shoot at each other with laser or infrared guns. The game consists in leading a fictive war in a sort of labyrinth on levels, in the darkness, between several participants (until 30), divided into teams. The captors on the suits, linked to a computer, count the points. The game’s target (not the lasers’ one): hyperactive families and groups of friends.

Tests in ski resorts: Les Arcs 1800, proud of being the first resort to have launched the concept, La Plagne, or Les 2Alpes.

No need to draw a picture to know what it is about! Calmer, these workshops have to be able to welcome people from all ages and levels of practice. What type of workshops are the most successful? Pottery, that lives a new youth thanks to raku, for example, but also watercolor or acrylic, origamis, photography and image treatment, collage, jewelry making… The target: relaxed people, more rooted in artistic values and the will to share it.

Many ski resorts have already banked on them: Méribel, with its daily multidisciplinary Zen workshops, Le Grand Bornand, who chose watercolor art, or the small Gets resort, with handcrafted pottery, managed by shepherds!

Think about it before the snow comes!

You may not perfectly reproduce all these ideas, but they can be used as a reflection basis to distinguish yourself even more. These ideas have in common the need of a dedicated area, but also the work between partners — local communities or federations, hoteliers, watercolorists or shepherd-potter, and of course games implementation specialists. The only thing left for tourism resort players to do is to brainstorm and surf in the spirit of the times!