Barcelona and its tourism opportunities 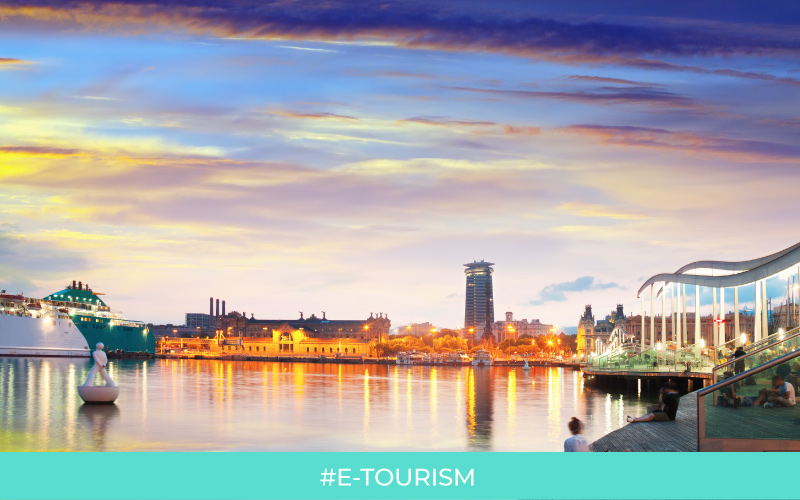 Tourism in Barcelona, a driving force of the economy

Facing political upheavals and affected by the rising power of collaborative tourism and the tensions this creates with the locals, the city continues, unshakeably, to enjoy strong tourism performance. Further to its extremely active tourism policy, Spain has benefited from the decreasing interest in certain countries and capitals struck by terrorism.

Tourism in Barcelona remains one of the main drivers of economy, generating nearly 14% of the city’s wealth and 65,000 jobs. In places such as Passeig de Gràcia, Plaça de Catalunya, Portal de l’Àngel and around Portaferissa, 61% of sales correspond to purchases made by tourists. According to a study by Global Blue, nearly 27% of tourist purchases in the country is concentrated in the Passeig de Gràcia area!

In terms of hotel sector performance, Barcelona is still the key player in Spain. The rise of its hotel trade was swift; today the city has around 466 hotels (compared to 187 in 2000) to welcome its floods of tourists.

“It is the leading cruise port in Europe with over 2.6 million people disembarking there, and is one of the all-time favourite European destinations.”

In addition to the geographic setting and exceptional climate, tourists also benefit from quality medical procedures in Barcelona. Its private healthcare is among the best and most comprehensive in Southern Europe, making Barcelona one of the most in-demand cities in the world for patients seeking medical treatment abroad.

A pioneer in medical tourism, Barcelona is investing in this growing sector. With an annual growth of 20% in health tourism, nearly 600 million euros of sales revenue are expected from now until 2019, according to estimates made by SpainCares.

Barcelona is one of the most popular destinations in the world. With more than 30 million foreign visitors each year and an unprecedented tourist growth, the city is among the greatest European destinations, served by several low-cost airlines. Did you know that 37% of tourists travelling to Barcelona buy a product advertised by airlines’ on-board media? PXCom offers you the chance to stand out from the competition and attract tourists travelling to Barcelona!